The MR2 is a mid-engine, two-seat, rear wheel drive car. Toyota began production on this sports car in 1984. Sales of the car stopped in North American in 2005, but production continued in Sagamihara, Japan until July of 2007.

MR2 actually stands for “Midship Runabout 2-seater”. The origin of the name of the car comes from the fact that the car has a mid-engine rear-drive configuration, and only has 2 seats. There are many different variations of the names’ origin which include:

This information was taken from Wikipedia 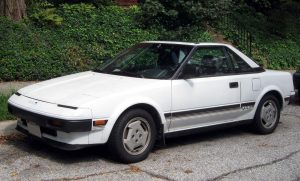 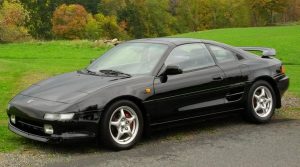 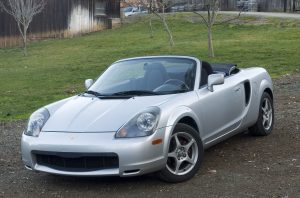 The third-generation MR2 was marketed as the Toyota MR-S in Japan, Toyota MR2 Spyder in the US, and the Toyota MR2 Roadster in Europe.
The newest MR2 took a different approach than its predecessor, most obviously becoming a convertible and receiving the ‘Spyder‘ marketing nomenclature.